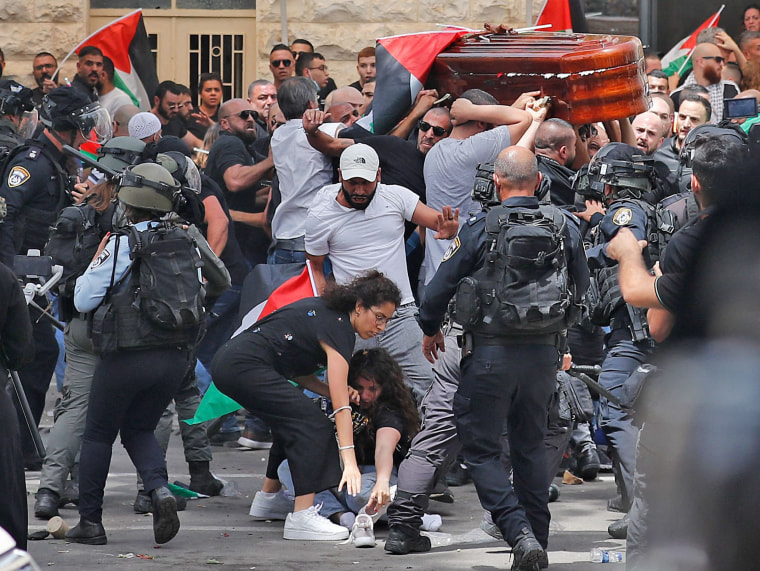 But few Palestinians are holding their breath that they will see justice served.

In interviews across Jerusalem and the occupied West Bank, many Palestinians said they are skeptical that the Israel Defense Forces, or IDF, would fully investigate the May 11 death or hold its own troops accountable if warranted.

“We have no confidence in their judiciary or in their military investigations. When it comes to the Palestinians, we are a people under occupation with no rights, fully dehumanized, fully unprotected, and Israel acts with impunity,” Hanan Ashrawi, a prominent former senior Palestinian official, told NBC News.

According to Al Jazeera, which cited eyewitness accounts of its staff, 51-year-old Abu Akleh was shot by an Israeli soldier while covering a military raid in the city of Jenin.

But Israel’s military says it hasn’t yet determined whether Abu Akleh was shot by an Israeli soldier or a Palestinian gunman. The IDF says its probe has been hampered by the Palestinians’ refusal to hand over the fatal bullet for ballistic testing and their refusal to mount a joint investigation.

The Palestinian Authority justified its denial by saying that information handed over would be used for “a new lie, a new narrative” by Israel.

Israeli military investigations into the deaths of Palestinians often drag on for months, or sometimes years, without reaching firm conclusions or leading to prosecutions.

Data compiled by Yesh Din, an Israeli human rights group, found that of 273 complaints filed in 2019 and 2020 against Israeli troops for violence against Palestinians or damage to their property, only four led to indictments of soldiers. One case, striking for its parallels to the killing of Abu Akleh, is held up as an example of why the distrust runs so deep.

Yasser Murtaja was a Palestinian journalist who was killed by an Israeli sniper in April 2018 during mass protests in the Gaza Strip, according to the Palestinian health ministry. Murtaja ran a small news agency known for its drone footage and had worked with Ai Wei Wei, the Chinese visual artist, on a documentary about refugees.

Like Abu Akleh, Murtaja, 31, was wearing a vest clearly labeled “Press.” And like with Abu Akleh, the Israeli military promised to investigate the killing after an international outcry.

But in the days after his death, senior Israeli officials, including the defense minister, accused Murtaja of being a senior Hamas operative, holding a rank equivalent to captain. Israel never provided evidence for the allegation, which Murtaja’s family strongly denied. Moreover, Murtaja’s company had been approved for a United States government grant — a process that includes extensive background vetting.

Israel’s claims immediately sparked confusion about whether Murtaja was killed deliberately for his alleged Hamas activities, or was shot by accident in the chaos of often violent protests at the fence separating Gaza from Israel.

The IDF said in a brief statement that Murtaja’s death was investigated by a military body known as the Fact-Finding Assessment Mechanism. The findings were then passed on to military prosecutors who determined “no suspicion was found of a crime having been committed” and closed the case. No indictments were brought.

“The IDF does not deliberately fire at civilians or journalists. Moreover, the use of live fire is done after all other options have been exhausted and in accordance with the standard operating procedures that comply with the rules of international law and the IDF values,” the IDF said.

The IDF did not respond to a series of questions by NBC News, including a request for details of the investigation’s findings and whether Israel still stands by the allegation that Murtaja was a Hamas operative.

Officials also did not respond to questions about Palestinian fears that an investigation into Abu Akleh’s death would not be fair and balanced.

An IDF spokesman said: “All complaints received regarding offenses committed by IDF soldiers are examined in a professional manner. A criminal investigation is launched in a case where there is a reasonable suspicion of a criminal offense.”

One factor may help ensure that Abu Akleh’s case is dealt with differently: She was a U.S. citizen, and her death has attracted attention on Capitol Hill, including from Sens. Mitt Romney, R-Utah, and Jon Ossof, D-Ga.

“We insist that the Administration ensure a full and transparent investigation is completed and that justice is served for Ms. Akleh’s death,” the senators wrote in a June 6 letter to Secretary of State Anthony Blinken. They requested “a detailed update” within 30 days.

The Biden administration appeared to dismiss an investigation by the Palestinian Authority, which concluded on May 26 that Abu Akleh had been deliberately targeted by Israeli troops.

“We are looking for an independent, credible investigation. When that investigation happens, we will follow the facts, wherever they lead,” Blinken said at a conference on June 8.

A State Department spokesperson would not say whether Blinken considers the Israeli military probe independent and credible.

“There has been no change in our approach. We continue to call for a thorough, credible investigation that culminates in accountability,” they said in a statement to NBC News.

Reporters Without Borders, a press freedom group, urged the U.S. and other countries to keep the pressure up until there was accountability for Abu Akleh’s death.

“We must not resign ourselves to seeing the investigation buried,” said Christophe Deloire, the group’s secretary-general. “Countries that called for an investigation must apply pressure and not be fobbed off with empty declarations that are only humiliating.” 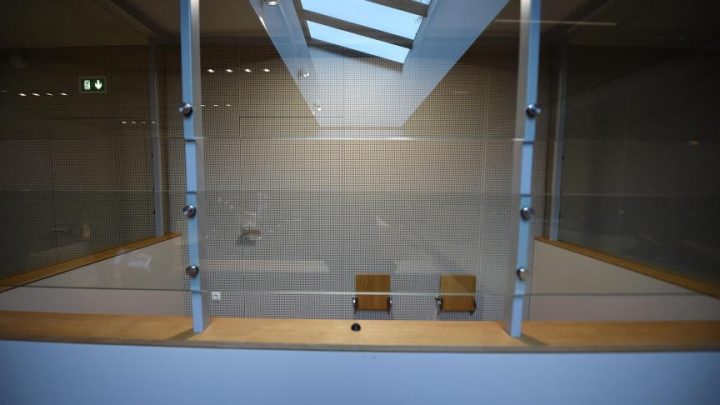 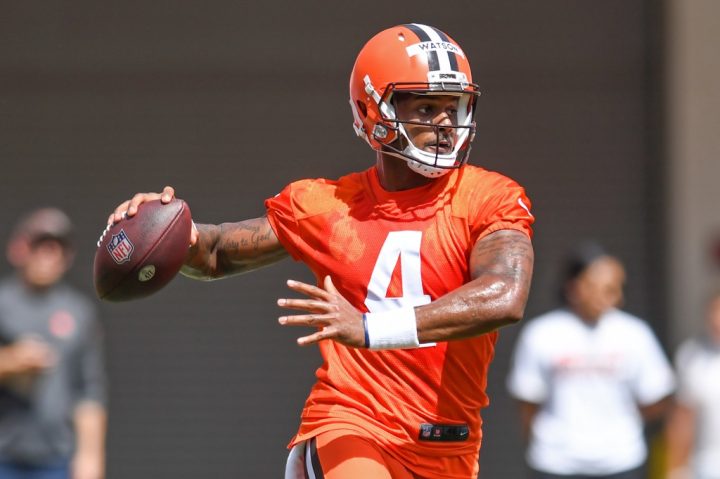